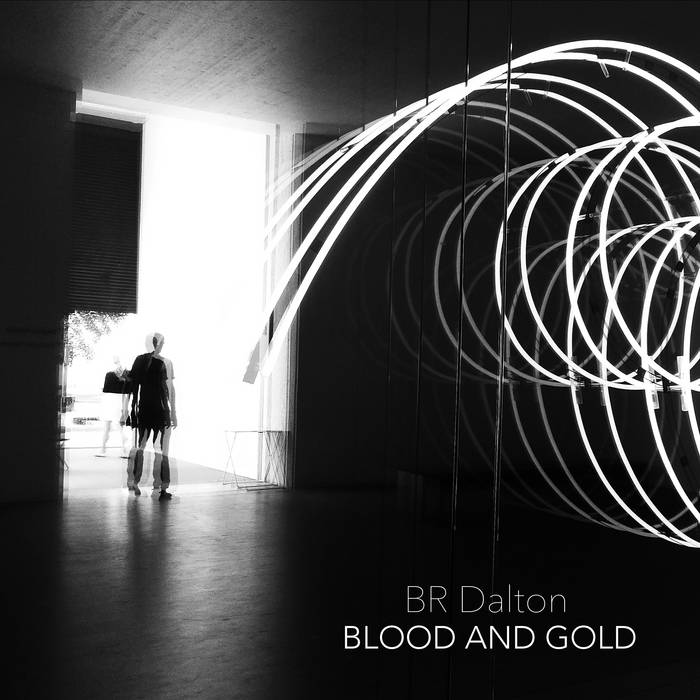 They say all good things will come with time and in the case of BR Daltons debut album ‘Blood & Gold’ this was most certainly the case.

The Irish born singer/songwriter has called Australia home for the past ten years, performing on street corners, festivals stages, pubs and intimate theatres all around Australia bit by bit honing a spectacularly intimate collection of songs that only get better upon revision.

BR Dalton has performed in some exceptional settings highlights including an opening slot for Irish rock outfit The Corona’s, Gavin James on his most recent Australian tour and the prolific Damien Rice at Dublin’s famous Iveagh Gardens. His debut album ever present, simmering away in his subconscious, waiting patiently to become reality.

At the opening of the 29 year olds debut you are greeted by the gentle and raw plucking on an acoustic guitar signalling the opening moments of the album’s title track ‘Blood & Gold’. It would be natural to expect that another modern-day singer/songwriter conglomeration of songs about heartbreak and self- reflection is to follow, however you would be dead wrong.

The meander and sense of calm that develops is welcoming and warm however it’s an illusion, a precursor to something far more intricately woven. The track like a misty figure coaxing you down a darkening pathway and into the night...but we follow willingly, the raw and honest delivery of Daltons vocals assuring his passengers they will make it to the other side.

By the ‘Blood & Golds’ crescendo we are made fully aware that the album has no intention of being just another collection of stories accompanied by an acoustic guitar. Sonically it plummets the listener into a state of chaos before reaching a firm hand down through the darkness to pull you out alive, senses electrified. In the next breath submersing you into a warmth all too familiar, a comfort so calming you could just as easily be sitting on the hearth in front of a wood fire surrounded by family, yet you haven’t
even shuffled your position in your cold dark apartment, winter rain on the windows; headphones still firmly enveloping your imagination from the outside world.

The album explores themes of love, loss, heartbreak and complete utter dissolution even touching on the political spectrum shifting at key moments to Irelands ferocious battle for independence.

Embellished with world class string arrangements, double bass, hauntingly distorted and fuzzed out electric guitars and lush harmonies it’s hard to imagine this album was conceived whilst on tour in Adelaide with every fragile vocal and guitar captured live in an Air BnB.

“At the time, we didn’t know we were making an album. Bryan was in town and we had a few days to spare before a show. We decided to move my studio from the house I was living in in West Hindmarsh to an Air BnB in Prospect for some peace, quiet and space. We took only the essentials and set up in the living room with the control room in the kitchen and if a song felt good we hit record. The only rule was the songs were the boss and if it felt strained or not exciting at any point we stopped for the night.

A few months down the road now it’s very clear something special was going on, but how could it not. When your making music with friends and focusing singularly on the authenticity of what’s being recorded its always going to connect. It wasn’t about capturing the song and it being perfect, polished and shiny like a car fresh off the assembly line. It was about capturing the human being behind it, rubbing the old scratches and wounds raw and it being honest” – Sam Brittain (Producer)

A hugely dynamic and captivating experience from start to finish BR Dalton’s debut is a slow burning listener’s album reminiscent of early Swell Season records, in fact it’s hard to ignore that this artist’s authenticity is undoubtedly cut from the same thick cloth as the likes of Glen Hansard and Damien Dempsey.

All songs written by BR Dalton

Produced, recorded and engineered by Sam Brittain in houses across Adelaide and the Barossa Valley, South Australia

Mixed by Sam Brittain & BR Dalton in another house or two.

All rights of the producer and the owner of the recorded work reserved. Unauthorised copying, public performance, broadcasting, hiring or rental of this work prohibited by applicable law.

Bandcamp Daily  your guide to the world of Bandcamp

Cannibal Corpse's George "Corpsegrinder" Fisher stops by for an interview